According to the BBVA Foundation and the IVIE, the UMH is among the best Spanish universities

The Miguel Hernández University of Elche (UMH) occupies the fourth position in the ranking of the best Spanish universities, along with other academic institutions. These are the results from the fourth edition of the U-Ranking project of Spanish Universities, produced in conjunction by the BBVA Foundation and the Valencian Institute of Economic Research (IVIE). This report analyzed 61 universities, of which 48 are public and 13 private. 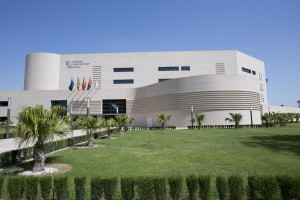 Further information is available at: https://drive.google.com/file/d/0B9DIuxBCJhBoSmVyeXRVMHVPUmM/edit?pref=2&pli=1