Schedule of activities for the 20th anniversary

The Miguel Hernández University of Elche (UMH) is planning a multitude of activities this year to commemorate the 20th anniversary of the academic institution’s founding. A special commission for this event is coordinating several initiatives that the university community is promoting or proposing to celebrate this milestone. 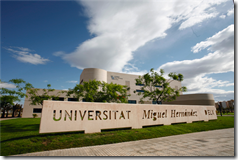 Commemorative activities marking the 20th anniversary will be posted on the calendar below, and it will be updated with new proposals in a timely manner. Likewise, this calendar will list possible changes or modifications that arise throughout the year, and, furthermore, it will also include activities scheduled to commemorate the 75th anniversary of the poet’s death.

Upcoming activities scheduled for the next few months can be consulted here: 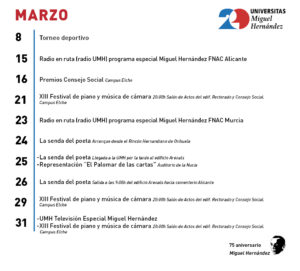 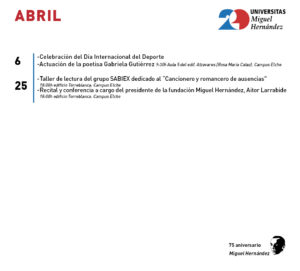 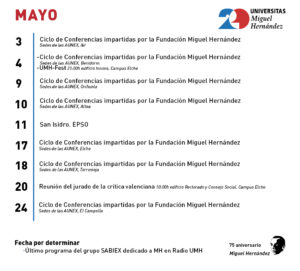