The Vice Rectorate for Research and Innovation at the Miguel Hernández University of Elche and the Technology Transfer Office (OTRI) have released the Research Report corresponding to 2014. The funding acquired by the UMH last year increased to 9,324,381.63 euros, which is almost 30% more than in 2013. The 2014 report was prepared in a web format, and it is available for online consultation at http://universite.umh.es/memoinvest/2014/. 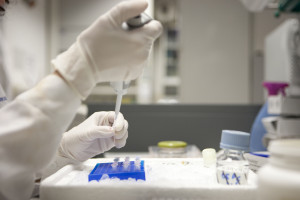 In 2014, 10 patents were applied for, there were 137 doctoral theses successfully defended, and more than 1,000 scientific articles were published in national and international journals.

The increase in research funding (around 30% with respect to that from 2013) is partly due to an increase of 15% in competitive R&D, but is mainly due to funding from contracted R&D during 2014, which amount practically doubled from the previous year. The UMH went from acquiring 1,745,127€ in 2013 to 3,253,747€ in 2014 in funding from contracted R&D from entities in both the public and private sectors.

Furthermore, the increase in doctoral theses in 2014 is significant because it is practically double those from 2013. This number grew from 71 doctoral theses defended in 2013 to 137 in 2014.