UMH research resources increased to more than 11.9 million euros in 2016

The Vice Rectorate for Research and Innovation and the Service of Research Management – TTO at the Miguel Hernández University of Elche (UMH) have produced the 2016 Research Report. Last year, resources acquired by the UMH grew to 11,901,738.42 euros, which was a slight increase with respect to the funding raised in 2015. To mark the 20th anniversary of the university, the UMH Service of Innovation and Technical Support for Education and Research has prepared a special format of the report that is available at the following link: http://mediaumh.es/memoinvest/2016/#p=4. 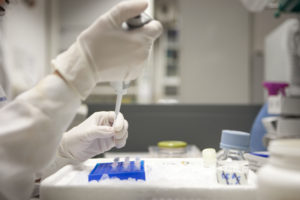 In 2016, 11 patents and other exclusive rights were applied for, 112 doctoral theses were successfully defended, and more than 1,250 scientific articles were published in national and international journals.

Last year, the acquisition of competitive research resources and those for grants were similar to those acquired during 2015, although contracted research for 2016 increased slightly with respect to the previous year.

The 2016 Research Report is available on the UMH web of transparency as well as at http://universite.umh.es/memoinvest/2016/index.html.