Ángela Nieto, among the most awarded Spanish researchers

According to the “Women in Scientific Awards in Spain, 2009-2014” report, which was prepared by the Association of Women Researchers and Technologists, and published by the Unit of Women and Science at the former Spanish Ministry of Economics and Competitiveness, the number of award-winning women barely exceeds 10% in any of the 37 prestigious national awards that it analyzed. Included among these awards are the Premios BBVA, Nacionales de Investigación, Rei Jaume I, Príncipe de Asturias, and the Lilly Foundation Award. UMH researcher, Ángela Nieto, has been awarded three of those aforementioned: Nacional de Investigación (2019), Rei Jaume I (2009), and the Lilly Foundation Award for Preclinical Biomedical Research (2018). 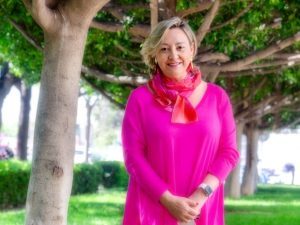 Her relevant scientific efforts and the international recognition earned by her pioneering research in the study of epithelial-mesenchymal transition, a transcendent biological process in comprehending the origin of cancer and degenerative diseases of aging, has made Ángela Nieto a well-deserved recipient of the latest edition of the national Santiago Ramón y Cajal Prize for Biology, which will be given February 17. Begun in 1982, these national prizes represent the most important recognition for scientific research in Spain. Throughout their history, 106 individuals have received them; of the winners, only 11 are women. What’s more, in the Santiago Ramón y Cajal category, only three women have been awarded it throughout its 15 editions: Margarita Salas in 1999, María Blasco in 2010, and then Ángela Nieto in 2019.

Women are also scarce in positions at Spanish royal academies. According to 2018 data from the Spanish National Statistics Institute, on average only 11.7% of the chairs at these institutions, of which there are eleven such institutions in Spain, are occupied by women. On February 26 of this year, Ángela Nieto will become the sixth Spanish female academic to do so throughout the long history of the Royal Academy of Exact, Physical, and Natural Sciences of Spain, which was founded in 1847. Her investiture presentation will explain how embryos assist society to understand devastating diseases.

Ángela Nieto is currently the president of the International Society of Developmental Biology; she has been a member of the European Molecular Biology Organization (EMBO) since 2000, and a member of the Academy of Europe since 2009. She directs the group of Physiopathology of cellular movements of vertebrates at the UMH-CSIC Institute of Neurosciences. Her main line of research is the study of cellular plasticity and movements during both embryonic development as well as in pathologies of adults, including tumor progression. With an extensive research background, this group, under Nieto’s leadership, has shown how the conversion of epithelial cells into mesenchymal cells contributes to the formation of embryonic tissues, the acquisition of invasive properties in tumors, the degeneration of organs through fibrosis, and the positioning of the heart to the left, and their implications in pathological processes.

An author of more than 130 published papers in high impact scientific journals, Nieto is one of the most internationally cited investigators in the area of developmental biology. She earned her doctorate in 1987 from the Autonomous University of Madrid (UAM) for her work at the Severo Ochoa Centre for Molecular Biology. Afterwards, Ángela Nieto began her postdoctoral career at the Institute of Biomedical Research (CSIC-UAM), studying programmed cell death in lymphocytes. In 1989, she moved on to the National Institute of Medical Research in London to work with David Wilkinson, and there she isolated a number of genes involved in the morphogenesis of the nervous system. In 1993, she accepted a position at the Cajal Institute in Madrid, and then subsequently she came to the Institute of Neurosciences, a mixed center between the UMH and the Spanish National Research Council (CSIC), where she is currently carrying out her research.