A study coordinated by Jorge Manzanares, Professor of Pharmacology at the Miguel Hernández University of Elche (UMH), shows that child maltreatment, whatever its form, produces functional brain changes that increase vulnerability to alcohol consumption when reaching adolescence. The results determined that the brains of some young abused people perceived the intake of substances positively and were not able to perceive the risks associated with this addictive behavior. 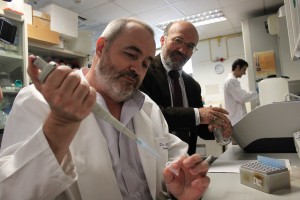 Jorge Manzanares has verified through a study on animals that “the higher the stress in childhood, the greater the affection towards alcohol during adolescence.” The researcher attributes this willingness of adolescents to consume alcohol to factors such as stress and alteration in brain neuroplasticity.

Professor Manzanares explained that “because of this stress, the level to experience pleasure is very low and individuals under stress need external stimuli. Pleasure nerve pathways are usually stimulated by natural factors such as music, chocolate, or sex but these may not be sufficient for individuals with altered genes and therefore they resort to additional stimuli such as substance use.”

This work was developed by the UMH and the Complutense University of Madrid and funded by the National Drug Plan with 140,000 euros. Professor Jorge Manzanares from the UMH coordinated the study and also developed the animal research. The other part of the study was developed by psychiatrist Gabriel Rubio at the Complutense University of Madrid, responsible for the clinical study with young consumers.

According to this study, of the 660 young people interviewed between 16 and 18 years old, 330 consume alcohol, and of these, 60% were abused in some way during their childhood. The psychiatrist noted that consumption should be an alert so that a doctor can detect these abuses and administer preventive treatment.

Professor Jorge Manzanares explained that “an early disorder of the stress circuit caused by maltreatment affects how people receive situations.” Manzanares also said that “the consumption of a substance in a problematic manner is due to an altered effect between a person’s genetics and their environment. Thus, we know that people who come from an alcoholic parent and who are also mistreated have a higher vulnerability to developing substance use disorders.”

Moreover, the psychiatrist Gabriel Rubio noted that “the abuse suffered during childhood predisposes adolescents to substance use because of the activation of mechanisms and brain circuits that motivates them to try more and to underestimate risk.” Rubio explained that “the sequence of this process begins with the abuse that is to blame for activating the stress mechanisms and at the same time responsible for causing a change in brain circuits that predisposes adolescents to adopt consumer behavior and ultimately become hooked.”

The results of this research suggest the need to develop prevention strategies and programs for mistreated young people to learn to value risk situations in a context different from the rest. The researchers emphasize the development of a preventive therapy for young people to acquire that awareness of risk that is distorted when they are mistreated and so avoid obtaining a craving for alcohol.