The Miguel Hernández University of Elche (UMH) will officially commence the 2016-2017 academic year on September 29 at twelve o’clock in the afternoon in the Auditorium of the Rectorado y Consejo Social building on the Elche Campus. During this ceremony, the UMH will invest geologist Jaume Bech i Borràs as Doctor Honoris Causa. Jorge Mataix Beneyto, UMH professor emeritus from the Area of Soil Science and Agricultural Chemistry, is sponsoring the new Doctor Honoris Causa. 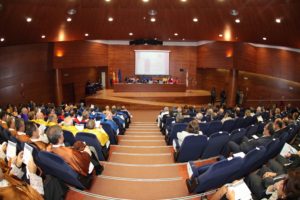 Jaume Bech i Borràs holds an undergraduate degree in geology, PhD’s in biological sciences and pharmacy, a Diploma in Cartography of Soils from ENSAM (Montpellier, France), and a Diploma in Micromorphology of Soils from the INA P-G (París-Grignon, France). He is a professor emeritus from the University of Barcelona and was a director of the Barcelona School of Agricultural Engineering. He has been awarded medals from the Barcelona School of Agricultural Engineering in addition to the Kovalsky Medal from the Vernadsky Institute of Geochemistry and Analytical Chemistry at the Russian Academy of Sciences. Bech i Borràs has been principal investigator on several Cienc CICYT projects in addition to others from the Spanish Agency for International Cooperation.

Professor Bech i Borràs has focused his research on the weathering of rocks; soil genesis; the description, sampling, and classification of soils; cartography and geography of soils, with special attention paid to andisols; saline soils; and the relationship between soils, the environment, and health. Since 1959, he has been dedicated to university teaching and research on edaphology. At the University of Barcelona, he created various undergraduate and doctoral courses, including Expansion of Edaphology, Soil and Environmental Pollution, and Saline Soils and Vegetation.

At present, he is Chair of Commission 3.5-3 (2014-2018). Moreover, he is founder and president of the Soil Pollution and Reclamation Subdivision from the Division of Soils at the European Geosciences Union (EGU). 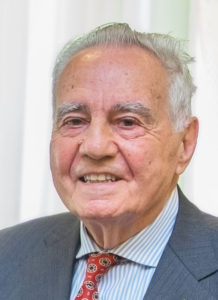